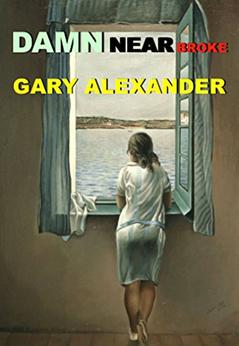 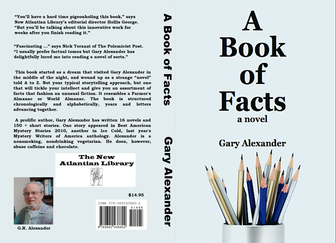 In DAMN NEAR BROKE, Buddy and Martha Whitacre, a blue-collar couple, celebrate early retirement with a trip to Spain. They return home to discover that they’ve been wiped out by the fraudulent investment fund that made retirement and travel possible. It's the story of how they deal with impending poverty, each other, and especially the shame of it all. It’s told in the first person-present tense. Chapters alternate between Martha and Buddy, two quite different voices. Consider it part novel, part cautionary tale. 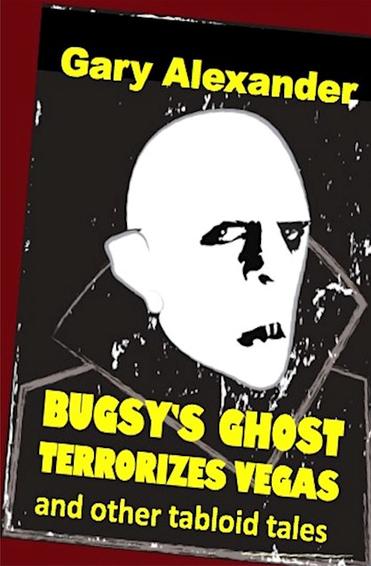 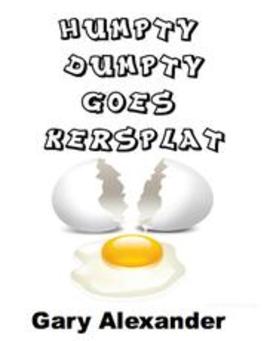 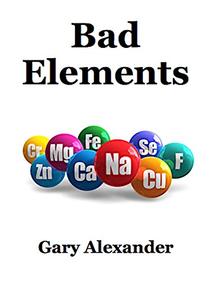 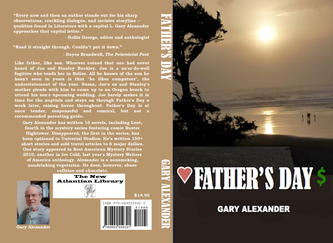 Perhaps Alexander's most demented offering: 17 tall, tall tales inspired (?) by supermarket tabloids. Strictly for those with Inquiring minds who want to know.

Finally, the truth is revealed. Humpty's great fall from the wall was no accident! The complete story is told in HUMPTY DUMPTY GOES KERSPLAT.

BAD ELEMENTS is a novella, a quick, fun read, its chapters named in alphabetical order for elements in the Periodic Table, featuring some of the more interesting ones like arsenic and gold. It's the tale of a crusading newspaper reporter who goes after a Mob boss. His daughter too, but in an altogether different way.

FATHER'S DAY is the tale of a long-estranged father who is persuaded by his ex-wife to attend their son's wedding and stay on for Father's Day the following weekend. He reluctantly does so, creating havoc throughout. FATHER'S DAY is at once tender, comical and suspenseful, but not recommended as a parenting guide.

A BOOK OF FACTS is the direct result of a dream, the strangest thing that ever happened to Alexander in all his years in the writing racket. He dreamt that he went into a bookstore and saw A BOOK OF FACTS, a best-selling novel, paged through it, reading all of the first chapter, and angrily asked his wife why the hell he couldn't've thought of it first. He awoke at 3 AM, realizing that he had  thought of it first.  Before he forgot the dream, Alexander stumbled downstairs, caffeinated, and began writing.

These books are available through www.Amazon.com and the publisher, www.absolutelyamazingebooks.com